International exchange was a great success 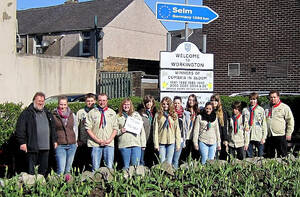 For a long time, there has been the idea of getting in touch with the Scouts from Workington. This made it even more pleasing, when the Harrington Scouts spoke with the Selm Twinning Association last year. Wilhelm Gryczan-Wiese of the Twinning Association then got in touch with the Scouts in Selm and by working closely together, a youth exchange was organised, which was supposed to help with socialising with the Harrington Scouts.

On Easter Monday the Delegation from Selm, composed of three leaders, eleven scouts and three representatives of the Twinning Association, met for starting the journey to England. It was very pleasing for the participants that the bus driver Heinz, who also brought us to several summer camps, was part of the trip. Our first destination was the Port in Zeebrügge, where we took the ferry to Hull. This night was used by the participants to get to know the others, as there were also non-scouts part of the group.

On early Tuesday afternoon we arrived in Workington, where we moved into out accommodation in Branthwaite Campsite. In the evening a first meeting with the scouts was planned, and together we went bowling. After tea the German scouts, still exhausted from the long journey, quickly fell asleep. 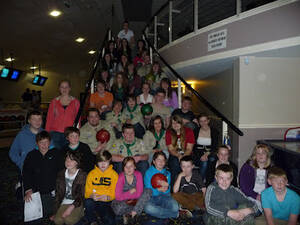 On Wednesday a trip with the Twinning Association from Workington and Selm was planned to the GoApe tree top adventure. This needed a lot of courage, because it went high up in the trees. On five routes with different difficulties, everybody was able go to his limits. In the afternoon the German scouts then met the Harrington scouts again. In their headquarter different games were played, which also brought new inspirations for our weekly group meeting. However, the English scouts had another surprise for us. So, small English scout boys and girls gave each German guest a neckerchief. This is the identification of scouts from all over the world, so we all became part of the Harrington Scouts. As conclusion for this night it can be said, that the English scouts are just as crazy as we are.

The Thursday started off with bright sunshine and a visit to Workington. This gave the possibility of exploring the town on a shopping trip. In the afternoon, different water activities like kayaking or dragon boating were carried out together with the English scouts. After this we were invited to a BBQ at the “Scarness Campsite”. This evening it was already time to say goodbye, as we already went back to Selm the next morning. As a goodbye the English Scouts also got a neckerchief from us and some German badges for their Scouts gear. 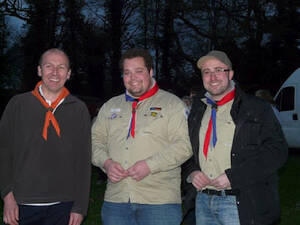 On Friday, on the way to the ferry in Hull, we stopped in York to have a look around. The night was then again spend on the ferry, where some games were played. Tired and exhausted from all the experiences of the last week, the boys and girls were sad to come back to the rainy Germany.

Looking back at this trip, the extremely big hospitality of the Harrington Scouts will be a positive memory. We were hardly ever hosted so friendly and there were also plans made up for the English scouts to come over to Selm next year. All the participants are already looking forward to this and now it is time to expand the new friendship.

In this place, we, the scouts, want thank the Twinning Association and the Development Association Scouts Selm a lot for the financial support. Without you this trip would not have been possible!